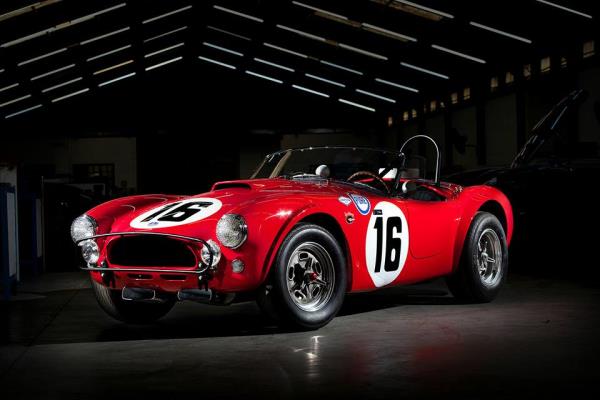 The limited edition Sebring Cobra will be available in the four driver liveries that raced at the Sebring 12-Hour Grand Prix of Endurance by some of the most famous racers in the world and will also come with a matching commemorative Baume & Mercier watch. Irvine, California (January, 2017)

These special edition Cobras are exact replicas of the cars that were raced at Sebring and other legendary road courses in 1963 and 1964 by Ken Miles, Dan Gurney, Allen Grant and Dave MacDonald, and are sold as complete turn-key race cars, just like the originals.

In 1963 Carroll Shelby took his Shelby American team and specially prepared Cobras to race at the Sebring 12-Hour Grand Prix of Endurance in March of that year. These cars have since become known as the Sebring Cobras. The Team factory cars were raced by the renowned Shelby American team drivers in 1963 and 1964 and at most every major race track in the U.S.A.

We are very excited to partner with Shelby and Baume-Mercier for the release of the special edition Sebring Cobra Roadster and matching watch, said Superformance CEO Lance Stander. The Sebring Cobras are extremely unique and we can't think of a better way to commemorate Carroll and the iconic Shelby American team drivers.

Sebring Edition Shelby Cobras cars are as true to the originals as you can get and are configured exactly as the Sebring Cobras were in 1963 at the 12 Hours of Sebring. The engineers meticulously researched the subtle differences in each car’s appearance and configuration at the time they were raced and consulted Allen Grant , Dave MacDonald's son, Rich and his mechanic Ted Sutton, and Wally Peat to ensure the car’s accuracy.

The recommended power source is a period correct 289 cid cast iron block and heads making 435hp, but other powertrain options are available.

ABOUT SUPERFORMANCE Superformance is a distributor of Complete Continuation and reproductions of 1960’s race and street cars and was one of the first players in the industry. We have earned our reputation with our attention to detail, quality craftsmanship, fit and finish and customer service. Our products are endorsed by our licensees from trade mark holders which adds authenticity and increases the resale value. Superformance products are manufactured using all new parts which are factory assembled to ensure continuity and consistency in construction. All GT40 sales are recorded in the Shelby World registry. Superformance has a dedicated independent dealer network who together have distributed over 4000 units worldwide.